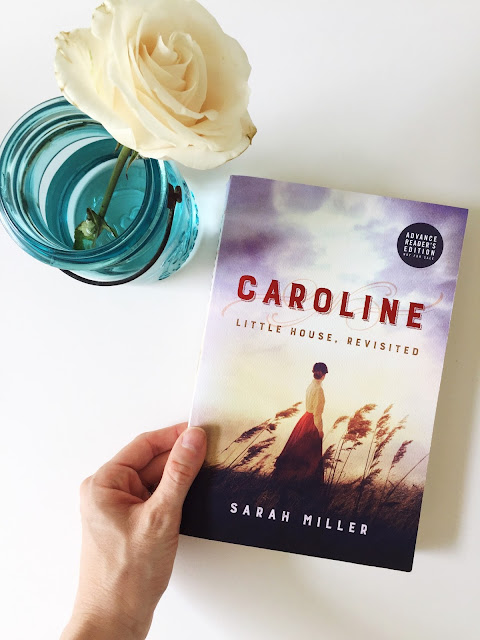 It is quite an honor for me to share my author interview with Sarah Miller the author of Caroline - Little House Revisited. For all of my Instagram followers you know I adored this book and when Sarah agreed to do an interview I was over the moon excited. Sarah is an absolute delight so I am sure you will enjoy this interview. 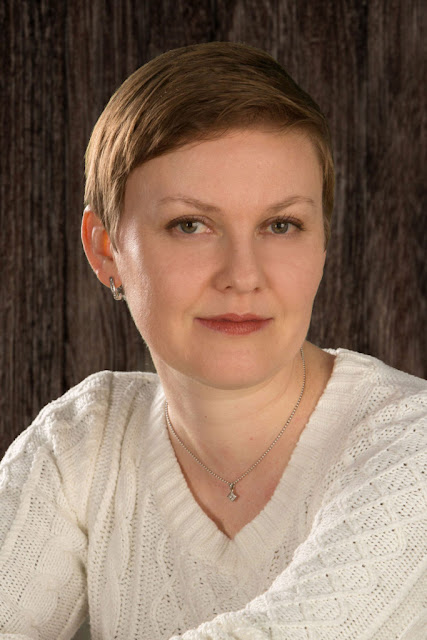 First off I want to thank you for taking the time to do an author interview for my blog. I just loved Caroline and I am so excited to share my love for your book with my followers.

You are plenty welcome. I’m pleased you like Caroline well enough to spread the word.

As a way to get to know you better, when did you start writing and what made you want to become a writer?

When I was in first grade, Mrs. Sanborn picked my poem about riding a unicorn to be published in the local paper’s annual Young Authors supplement. My family thought that was a pretty big deal, and I believed them. If writing wasn’t inborn, this must be where it started. When people tell you you’re good at something, you tend to keep doing it.

What other hobbies do you have other then reading and writing?

I crochet and knit fancy lacy shawls from time to time, but even that is 90% Caroline Ingalls’s fault, as you’ll see in a minute. Here’s an unexpected hobby: Pokemon Go. I downloaded it on a whim, just to see what all the fuss was about, and got sucked right in. If the temperature is above 15 degrees, I’m likely out hunting — I’ve only got to find 22 more!

Have you always been a fan of the Little House on the Prairie books? What is your favorite book in the series? Is Caroline your favorite character?

I’d call myself a casual fan. I’d read all the books as a kid, played ‘Laura and Mary’ with my friends. I never got into the TV show, mostly because I always seemed to catch the really heavy episodes, like the one with the rapist in the clown mask. (Yes, that was an actual episode of Little House on the Prairie.)

My favorite of the books is Little House in the Big Woods. Or…maybe…On the Banks of Plum Creek.

Caroline is my favorite character now!

What made you decide to write this book?

I like to blame all this on Cherry Jones — she performed the Little House audiobooks, which hit the market while I was working at a children’s bookstore. The owner of the shop tried one out and came back raving about how great it was, so I tried one. And the next...and the next... As I listened, I began to hear more than what I’d read on the pages as a child. The way Cherry Jones voiced Ma’s words, her tone and inflection — as well as my own adult perspective — made me realize how much Laura Ingalls Wilder had left unsaid, especially where her mother was concerned.

There’s a moment in Little House on Prairie when Pa is a day late returning from a trip to town, 40 miles away. Laura wakes in the night to find Ma sitting in her rocking chair with Pa’s pistol in her lap, keeping vigil for his return. I can still tell you the intersection where I was sitting when I heard that scene and realized for the first time that for all her outward calm, Ma is barely holding it together.

That woman was my age, I realized, and not only that, it turns out the real Mrs. Ingalls was pregnant with her third child the year her husband decided to pull up stakes and settle the family in Kansas. Can you imagine? From then on, I couldn’t stop wondering what her life had really been like.
I related so much to Caroline and her role as a wife and mother. Did you base her solely on the character found in the little house stories or did you pull from real life experiences as a wife and mother?

If it surprises you to learn that I am neither a wife nor a mother, that is very high praise. As for your actual question, though, of how I formed her character? It’s not so very far from what you surmised. I did my homework, and I trusted my instincts. Both were vital to Caroline’s authenticity.

How did you research for this book? Did you get to visit any historical locations or was your research done mostly from the comfort of your own home?

I read all of Laura Ingalls Wilder’s handwritten manuscripts, including her then-unpublished memoir, Pioneer Girl, and compared them with biographers’ research, learning where fact and fiction melded and diverged. I collected heaps of literary and social criticism of the Little House books, which made me aware of the many ways (both positive and negative) Wilder’s stories have embedded themselves in our collective consciousness and culture. I read histories of the Osage Nation by John Joseph Mathews, Louis Burns, Willard Rollings, and Garrick Bailey, as well the 1870 and 1871 annual reports of the Board of Indian Commissioners. I pored over the diaries of women who had traveled west by wagon in the 1800s.

And then, because I’m what friends like to call a ‘method writer,’ I drove to Missouri, Kansas, South Dakota, Minnesota, Wisconsin, and Iowa, to see the sites of the Ingalls family’s lives, where they were born and where they were buried. I learned to crochet so I could replicate a piece of Mrs. Ingalls’s own lacework that I’d seen on display in Missouri, as well as a shawl I saw in South Dakota — both of which appear in Caroline. I made myself a calico dress. (I thought I could sew the whole thing by hand. I was wrong.) I bought — and wore! — a corset. I  lent a hand in butchering livestock and wild game, rendered lard, fried salt pork, roasted a rabbit, and tasted head cheese. I haven’t yet made maple sugar, but I intend to.

Do you have any photos of your pilgrimage through the Ingalls history?

There are lots to choose from in the research galleries on my website:
http://www.sarahmillerbooks.com/research-galleries/

(Just click “Caroline Ingalls” at the top to filter out the irrelevant ones.)

And there are a few more on my Facebook page, too:
https://www.facebook.com/pg/SarahMillerwritesbooks/photos/?ref=page_internal

Were there specific authors who inspired you to become a writer?

It depends on how you define inspiration. I don’t recall wanting to emulate a particular author. (Although I do remember wanting to be like Louise Fitzhugh’s Harriet the Spy. I had a spy notebook of my own in fifth grade). Here’s where I start to sound a little like a geezer: when I was a kid, authors weren’t blogging and Tweeting and Facebooking. Unless you met them in person, almost everything you knew about them was in that paragraph on the back flap of a book. By the time I worked up the nerve to contact one of my favorite authors, Donna Jo Napoli, I’d already written a book (which is unpublished and likely to remain so). Though I can’t say that Donna Jo inspired me to be a writer, she did something just as important — she told me to keep doing what I was doing.

Recents reads that have stayed with me include:
Lincoln in the Bardo, by George Saunders
Tell the Wolves I’m Home, by Carol Rifka Brunt
Columbine, by Dave Cullen
News of the World, by Paulette Jiles

And I just yesterday finished World War Z, which I did not expect to enjoy even half as much as I did.

We would love to know what are you working on now so we can anticipate your next book?


Right now I’m working on a non-fiction account of the Dionne quintuplets. Yvonne, Annette, Cécile, Émilie, and Marie Dionne were born in May of 1934 in a farmhouse in northern Ontario. As the world’s first surviving set of quintuplets, they were an overnight media sensation. When the children were ten months old the government seized custody of them, ostensibly to protect them from exploitation...and then built a zoo-like observatory where tourists could watch the five identical sisters at play twice a day through one-way screens. And that’s just the first half of the story. 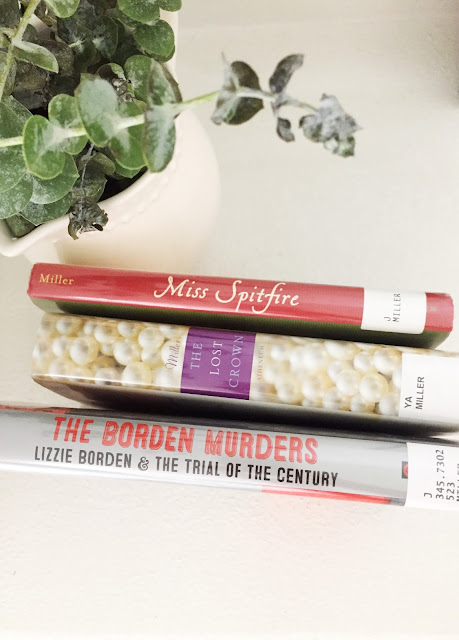 Reading Caroline has made me a follower of Sara's writing and I look forward to reading her previous titles and of course her future work. 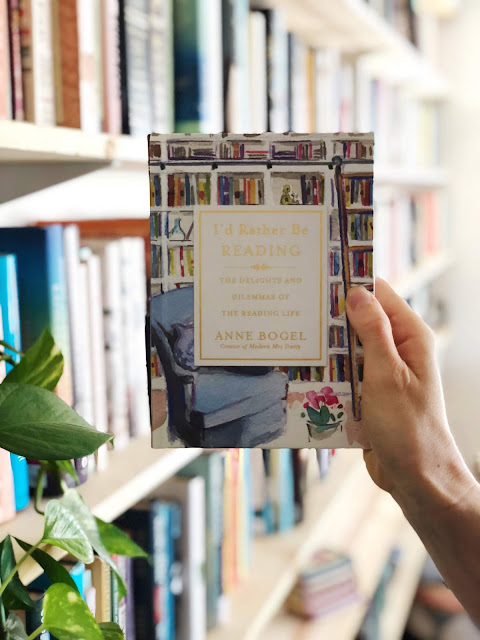 Book Review of I'd Rather be Reading by Anne Bogel. 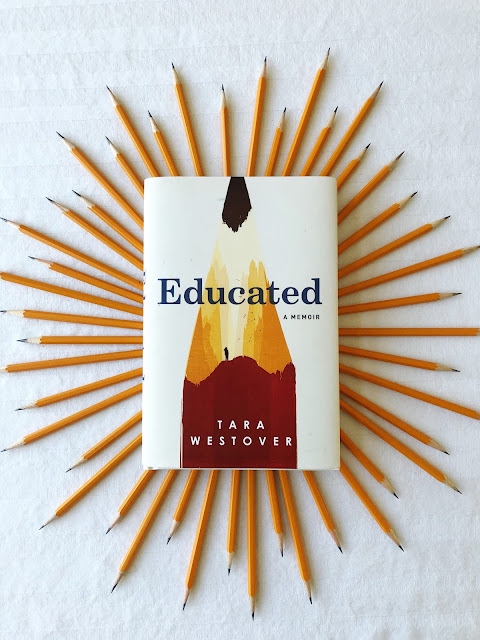 Review of Educated by Tara Westover